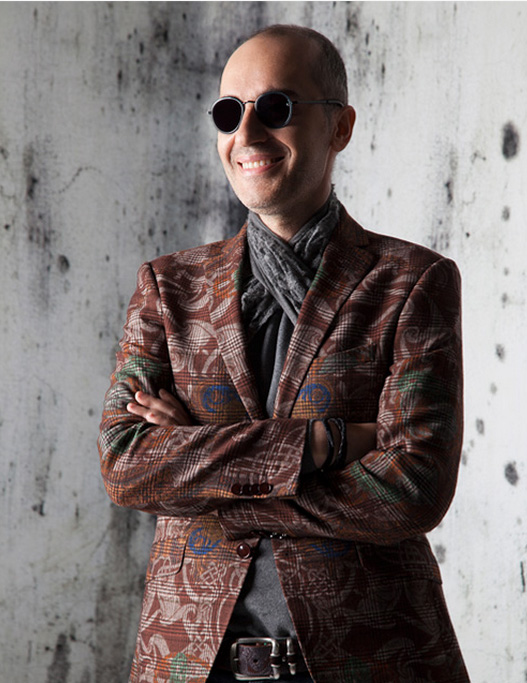 BASIL SODA began his journey as a Couturier in the year 2000, establishing his fashion house and quickly gaining international recognition through his unique expertise in design, which allowed him to master the perfect cut and fit. An avid admirer of the arts, BASIL SODA found architecture as his constant source of inspiration, providing his silhouettes with fine cut lines, a unity of pace, and purity of volume. His designs reflected a woman’s strength and fragility simultaneously. While playing on the duality of her character; his work was deemed hopelessly romantic yet mysteriously dark.

Alongside the label’s Couture line, BASIL SODA launched his Ready-To-Wear namesake label in 2010. This venture opened doors to new markets that were quick to acknowledge the brand’s aesthetic. With time, the line gained worldwide appreciation as it provided women with the ultimate Couture touch in a more accessible way. BASIL SODA Ready-To-Wear can be found in countries all over the world from the United States, Canada, Austria, Russia, the United Arab Emirates, the Kingdom of Saudi Arabia, and all the way to Thailand, Indonesia, Malaysia, and Singapore.

The fashion world lost the incredibly talented international Lebanese designer BASIL SODA in March of 2015. The news sent shock waves among professionals as well as clients and friends and echoed all over the fashion industry. Yet, since his untimely passing, the design house continues to flourish under the helm of BASIL SODA’s wife, Denise, with the assistance of her talented young son, Jad. Along with their team, they continue to create and inspire, as BASIL SODA’s work resonates in the region and beyond.